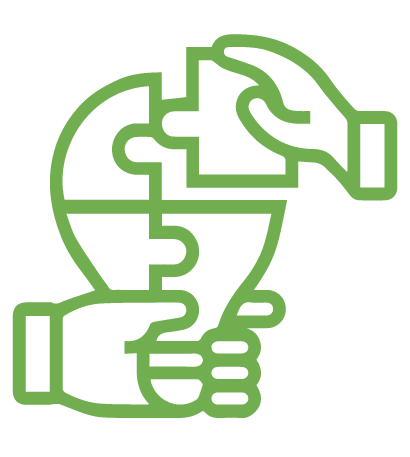 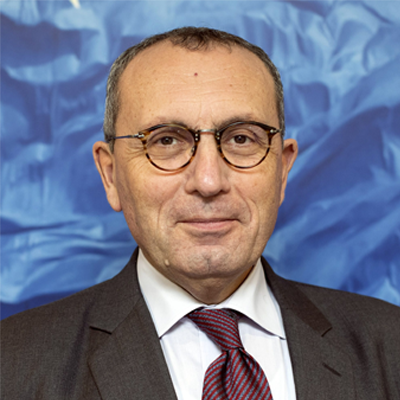 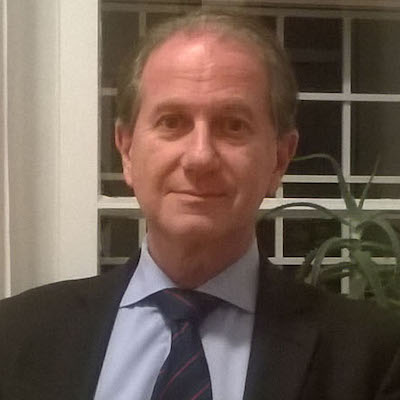 Professor of Economics – University of Perugia 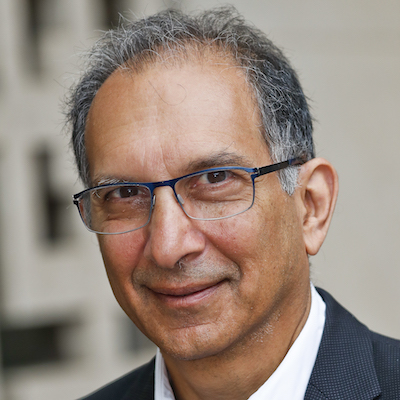 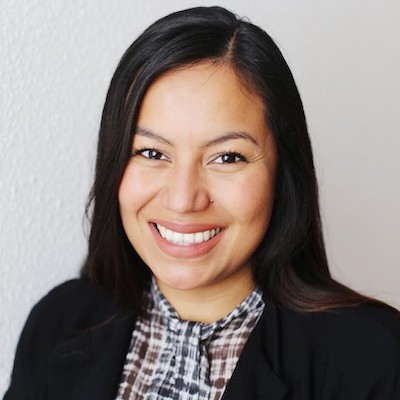 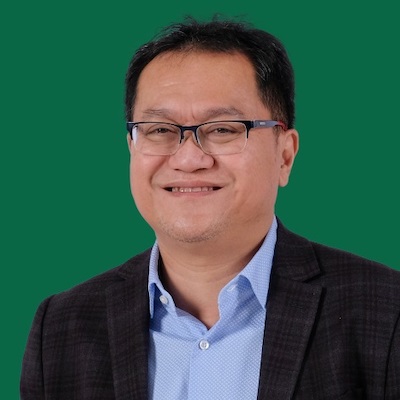 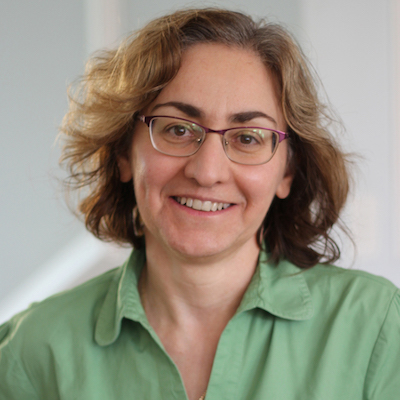 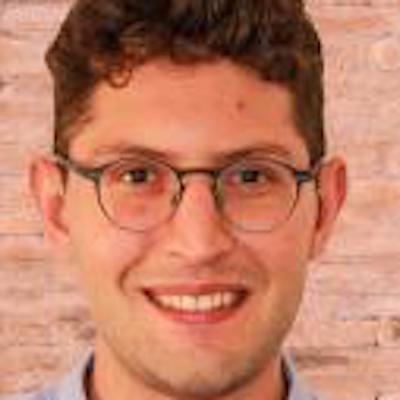 A MULTIDIMENSIONAL APPROACH TO POVERTY THAT STRENGTHENS THE HUMANITARIAN-DEVELOPMENT NEXUS

ALIGNING COVID-19 RECOVERY EFFORTS WITH THE SDGS – TOOLBOX AND PRINCIPLES

DEBT RELIEF FOR SUSTAINABLE RECOVERY IN LOW- AND MIDDLE INCOME COUNTRIES: PROPOSAL FOR NEW FUNDING MECHANISMS TO COMPLEMENT THE DSSI

ESG20: STANDARDISATION TO FOSTER PUBLIC-PRIVATE COLLABORATION TOWARDS THE 2030 AGENDA

SDG16: AN ENABLER FOR ACCELERATED IMPLEMENTATION OF THE 2030 AGENDA AMID COVID-19

THE ECONOMIC EMPOWERMENT OF WOMEN ENTREPRENEURS IN A POST-COVID WORLD

Stefano Manservisi is Scientific Advisor at IAI. He has recently appointed Chair of the Global Community Engagement and Resilience Fund (GCERF) and Special Advisor to Commissioner Gentiloni. He has occupied different functions in the European Union: Head of Cabinet to Monti (Commissioner for Internal Market, taxation, customs and competition), to Prodi (President of the European Commission) and lastly to Mogherini (High Representative for Foreign Policy/Vice President of the Commission). Director-General for Development and political relations with Africa, Caribbean and Pacific, then Director-General for Migration and Home affairs and finally EU Ambassador to Turkey. Manservisi last position has been Director-General for International Cooperation and Development. He is Scientific Advisor at IAI and distinguished Fellow in various think tanks. He also lectures in universities (Sciences-Po/Paris School for International Affairs, European University Institute) and advises several UN specialised agencies. 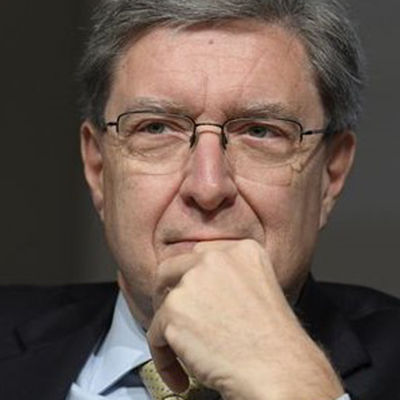 Enrico Giovannini is full professor of Economic statistics and Sustainable development at the University of Rome “Tor Vergata”, of Sustainable development at LUISS and at the National School of Administration (SNA). He is the co-founder and director of the Italian Alliance for Sustainable Development, a coalition of more than 240 organisations established to implement in Italy the UN 2030 Agenda 2030. He was Director of Statistics and Chief Statistician of the OECD (2001-2009), President of the Italian Statistical Institute (2009-2013) and Minister of Labour and Social Policies (2013-2014). In October 2014, the President of the Italian Republic made him “Cavaliere di Gran Croce al Merito della Repubblica”, the highest ranking honour of the Italian Republic. He is the author of more than 100 articles and six books on statistical and economic topics. 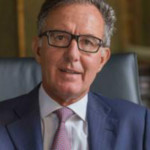 Paolo Magri is Executive Vice President of the Italian Institute for International Political Studies (ISPI) and Professor of International Relations at Bocconi University. He is member of the Strategic Committee of the Italian Ministry of Foreign Affairs and International Cooperation, member of the Europe Policy Group of the World Economic Forum (Davos) and member of the Board of Directors of the Italy-China Foundation. He is also member of the Scientific Committees of the Elcano Royal Institute, the Center of Excellence for Stability Police Units (CoESPU) and of the Military Centerfor Strategic Studies (Ce.Mi.S.S.). He is a regular speaker, writer and commentator to diverse media outlet on global issues, US foreign policy, Iran and Middle East. Previously, he served as Programme Director to the UN Secretariat in New York and, up to 2005, as Director of International Affairs at Bocconi University in Milan. 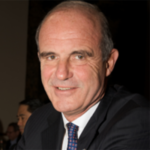 Franco Bruni is ISPI Vice President and Co-Head, Centre on Europe and Global Governance. He is Professor Emeritus in the Department of Economics of Bocconi University. Italian member of the European Shadow Financial Regulatory Committee, he has co-chaired the task force International Financial Architecture in the T20 since 2018. He has been Vice President and President of the Société Européenne de Recherches Financières. Holds degrees from Bocconi and MIT. He has been visiting professor in several international universities, including NYU, Fudan and, Getulio Vargas. He authored many publications in the fields of Macroeconomics, European Economics, International Banking and Finance. He has been an independent member of the Board of Saipem(1998-2005), Unicredit Banca Mobiliare (2000-2007), Pirelli (2005-2014), Mediaset (2015-18).

Elizabeth Sidiropoulos has been SAIIA’s Chief Executive since 2005. With more than 20 years of experience in the field of politics and international relations, Elizabeth’s expertise lies in South Africa’s foreign policy, South-South Cooperation and the role of emerging powers in Africa. She is a regular commentator in South African and foreign media. She has published on various aspects of South Africa’s foreign policy including on its peace-making model as a key dimension of its soft power, its development diplomacy and edited a volume on SA’s foreign policy in the first decade of democracy – Apartheid Past, Renaissance Future (SAIIA, 2004). She has also co-edited two books exploring the rise of the new development cooperation providers: Development cooperation and emerging powers: New Partners or Old Patterns (Zed Books, 2012) and Institutional Architecture and Development: Responses from Emerging Powers (Jacana, 2015). She is the editor-in-chief of the DHET accredited South African Journal of International Affairs.

Homi Kharas is a senior fellow in the Center for Sustainable Development, housed in the Global Economy and Development program at Brookings. In this capacity, he studies policies and trends influencing developing countries, including aid to poor countries, the emergence of the middle class, and global governance and the G-20. He previously served as interim vice president and director of the Global Economy and Development program. Kharas served as the lead author and executive secretary of the secretariat supporting the High Level Panel advising the U.N. Secretary General on the post-2015 development agenda (2012-2013). His most recent co-authored/edited books are “Leave No One Behind” (Brookings Press, 2019) and “From Summits to Solutions: Innovations in Implementing the Sustainable Development Goals” (Brookings Press, 2018).

Dr. Carlo Andrea Bollino is a Professor of Economics at University of Perugia and Professor of Energy Economics at the University LUISS, Rome. He has been Visiting Researcher, KAPSARC, Riyadh, Saudi Arabia, since 2015, focusing on econometric analysis, electricity market reform and climate change policy analysis and Visiting Professor, Technischer Universitaet, Berlin, Germany. He is President (honorary) of AIEE, Italy (Italian Association for Energy Economics) since 2014 and has been President of IAEE in 2008. He has been President of GSE (Italian Renewable Energy Agency) and GRTN (Italian Electric Transmission network); Energy Advisor to the Minister of Industry and Ministry of Treasury of Italy; Chief Economist, ENI; Economist, Bank of Italy; Research Associate, Project Link for the United Nations, 1980-1982.  He has a Ph.D. in Economics, University of Pennsylvania, with Nobel Winner Prof. Lawrence Klein. He has testified to the Italian Senate and Parliament briefings, and has provided various Governments with technical and policy reports on electricity market liberalization and renewable energy developments.

Ivonne Lobos Alva is a Research Fellow at the Stockholm Environment Institute (SEI). She leads SEI´s global strategic policy engagement on the 2030 Agenda. Ivonne is a sustainability expert with over a decade of experience, equally divided between scientific institutions and international development organizations. Key areas of interest are the sustainable management of natural resources, the transformation towards sustainable food systems, and the formulation and implementation of global sustainability agreements. Her current work focuses on supporting the implementation, follow-up and review of the 2030 Agenda and SDGs. She is based in Colombia where she leads a research line on the SDGs at SEI´s Latin America Centre.

Yose Rizal Damuri is the Head of the Department of Economics, Centre for Strategic and International Studies. His research activities focus on international trade, regional integration and globalization of value chain. He is active in many networks of research institutes in East Asia region, such as in Asia Pacific Research Network on Trade (ARTNet) and ERIA Research Institute Network (ERIA-RIN). Currently he serves as the Co-Chair of Indonesia National Committee of Pacific Economic Cooperation (INCPEC), while also serving as a Member of Governing Board of Economic Research Institute of ASEAN and East Asia (ERIA). Yose is also active in various policy forum in Indonesia, including as the Research Coordinator of Indonesia Service Dialogue, a forum dedicated for the development of services sector in Indonesia. He also helped the Indonesian government as an Advisor to Indonesian Trade Negotiating Team. He received his PhD in International Economics from the Graduate Institute of International Studies, Geneva, Switzerland.

Daniele Fattibene is researcher at the Istituto Affari Internazionali where he works on research projects dealing with sustainability, food security and development cooperation. Daniele has been working for many years as a researcher and consultant for several think tanks, Non Governmental Organizations and Universities such as Save the Children, OXFAM and the Rome Business School. He holds a BA degree from the University of Naples “L’Orientale”, as well as a MA double degree from the University of Bologna (Forlì Campus) and Saint Petersburg State University.