How can the G20 bring the voice of the Least Developed Countries into its policy agenda? 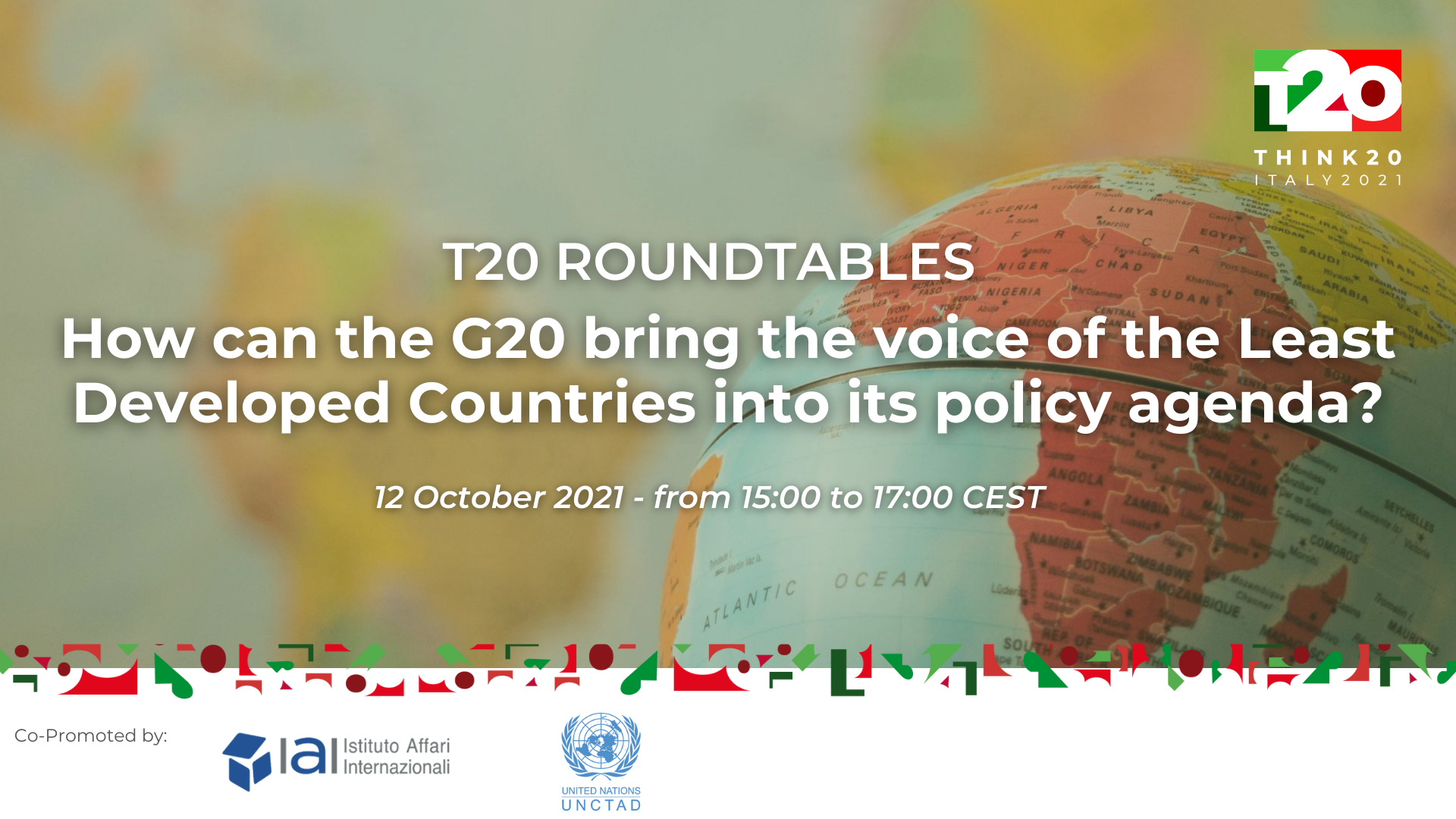 The pandemic has hit Least Developed Countries (LDCs) disproportionately, and it is encouraging that many of the initiatives adopted by the G20 have a direct positive bearing on LDCs’ economic prospects. However, although the G20 members are taking important initiatives to support vulnerable countries, these may well be insufficient. Moreover, the LDCs and African countries have still no representation in this setting, hence addressing the issue of Africa’s agency in the G20 is crucial to boost its legitimacy to take decisions concerning the Continent.

The aim of the webinar is therefore to help bringing forward the voice of the LDCs in G20 policy agenda and to reflect upon the role played by the Italian G20 Presidency to effectively reflect their priorities in the key G20 decision making processes. The event will allow to present some of the findings of a T20-UNCTAD joint study on how to bring the agendas of the LDCs within the action priorities of the current and future G20 Presidencies.