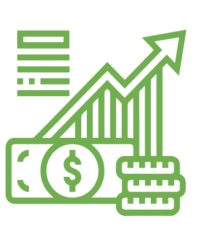 In recent years, the challenge of industrial subsidies distorting global trade has moved to the forefront of international trade debates, including G20 discussions of World Trade Organization (WTO) reform. It is implicitly assumed that subsidies benefit the domestic economy of the subsidizing country and harm foreign competitors by tilting the playing field in the subsidizer’s favour (Draper et al., 2020).

This perspective neglects an important domestic property of industrial subsidies: they are discriminatory – not only between domestic and foreign companies but also within the domestic economy. Some companies are subsidized, while others are not but pay taxes that
finance the subsidies for others. While some subsidies may prove to be welfare-enhancing, for example, pharmaceutical research into COVID-19 vaccines, distortions may arise – some companies gain, others lose, even in the same industry.

This policy brief first outlines the potential effects of domestic subsidies on domestic welfare through an overview of the empirical evidence, thereby providing a clearer picture of the domestic net welfare effects of industrial subsidies in G20 countries. Such evidence
will broaden G20 members’ perspectives by showing that in subsidizing domestic companies, they mostly support special interests rather than increasing domestic welfare.

We then propose that G20 members use this evidence as grounds for establishing a framework for smart monitoring of subsidies to enable members to distinguish between overall welfare-enhancing and welfare-distortive subsidies. This monitoring framework can be used to reduce international conflicts that typically arise when domestic subsidies drive changes in international market share in favour of the subsidized domestic firms, or when they result in global excess capacity.

Peter Draper
Institute for International Trade, The University of Adelaide

Naoise McDonagh
Institute for International Trade, The University of Adelaide